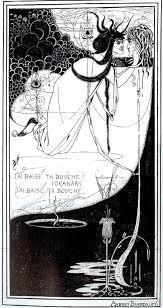 Philologia sacra et profana explores the dialogue between sacred and secular in the history of philology and the development of the idiom of “source”, “original” and “authentic” between and across the fields of sacred and secular textual criticism. The editorial process has been traditionally represented as a process of cultural and material decontamination in which the textual critic is heroically called to sort through textual disunity and corruption to salvage a unified original source. “New philology” has both challenged the supremacy of the traditional Western paradigm of the unified, original source, and called into question the applicability of Lachmann’s method to some textual traditions that are instead characterized by disunity, readerly collaboration and accretion.

This workshop will address the history of authenticity with a special focus on the ways in which religious ideology has intersected with notions of source and originality. Talking with regard to the dawn of the philological method in nineteenth century Germany, the Italian scholar Giorgio Pasquali famously noted that “with regard to recensio, philologia profana is…a tributary of philologia sacra” (Storia della tradizione e critica del testo, 8). Indeed, pivotal figures in textual criticism of the eighteenth and nineteenth century, such as Richard Bentley and Karl Lachmann, moved between Greco-Roman texts and the New Testament with an ease and freedom no longer found in modern day academia. Yet, while it is true that New Testament critics did much to conceptualize the study of stemmatics, the very possibility of approaching Scripture as a text that can be perfected has often been cast as an application of the methods of philologia profana to philologia sacra.

This workshop will study the impact of these and other disciplinary boundaries on the development of the philological method and challenge Pasquali’s linear genealogy in which philologia profana is seen as subordinate in its method and aesthetics to philologia sacra. Given the historical porousness of these intellectual and disciplinary boundaries, we ultimately wish to test the applicability of the distinction between sacred and secular to both Western and non-Western philology. For one, the cultural construction of canonicity cannot be reduced to a function of the sacred nature of texts: rather, the philological search for an authentic source seems to be most developed in highly canonical traditions in which textual corpora, be they “scriptural” or simply culturally authoritative, are perceived as closed and need to be guarded. We aim to investigate instead the extent to which textual and hermeneutic practices that were at least partially developed and refined in the context of scripture have continued to shape discourses and literary practices that are perceived as “non religious”.

Central to our project is the recognition that philological approaches are inflected, shaped and constructed in response to the perceived nature of texts, however socially and culturally mediated the latter may be by any given reading community, and that a critical re-examination of the disciplinary cross-fertilization that went into the construction of the philological method is central to the mission of renewal and cross-collaboration not just between all the disciplines to which this textual methodology has been applied but of the Humanities at large